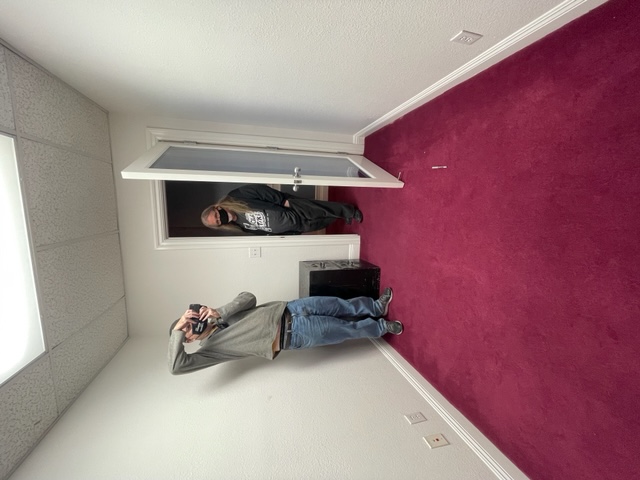 The following works are collaborations between John Kilduff and Jeffrey Vallance.

Jeffrey Vallance conceptualized the paintings and John Kilduff painted them.

Statement by John Kilduff:
My art collaborations with Jeffrey Vallance
I first meet Jeffrey in 2006 at UCLA where I was getting my MFA and Jeffrey was a visiting professor one semester and Don Suggs insisted I sign up for his class. I had known of Jeffrey’s art for years, namely Blinky the chicken and stuff I would see in the LA Weekly. I really enjoyed right away Jeffrey’s unique approach to being an artist and making art. I had just moved to the San Fernando Valley too so we where also neighbors. Over the coming years, whenever I was doing something of interest, I would always let Jeffrey know about it and invite him and his wife, Victoria.
Here are the following art collaborations with Jeffrey and myself:
2015-2017: I made an art fair in my backyard ( Art Basil). Where I invited everyone to have their own 12” inch square booth underneath the fig tree. Jeffrey come by and proceeded to create the Jeffrey Vallance Museum. We ran with the idea and later on had a grand opening for the museum. My cousin Paulette Nichols was also involved in this collaboration. Jeffrey, made additional rooms for the art fair the following 2 years.
2016: Jeffrey ran for President of the United States and I helped him out by making one of his buttons and we also had a Presidential debate on my internet show Let’s Paint TV. Jeffrey debated Tara Indiana while I asked the questions and painted their portrait.
2019: Jeffrey asked all of his friends to make a piece of art about Blinky to celebrate the 40 year anniversary for his show at Cal State Northridge. I decided to paint Blinky’s funeral with everybody that I could think of connected to Jeffrey’s art.
2019-2020: I was painting people’s dreams live on the internet (people would call in and tell me their dreams and I would paint the dream live) and Jeffrey asked me to paint his dream he had with Thomas Kinkade.
2020: Jeffrey started the Valley Plein Air Club where he wanted to get into painting outdoors AKA plein air painting. He knew I painted in plein air for years so he asked me to come out and paint with him along with Paulette and Victoria. The paintings of Spahn Ranch and Blinky’s Tombstone are from these painting expeditions.
2020: Jeffrey asked me to paint a story about Liberace appearing out of UFO shaped banana before a small town and playing his piano. The image appeared in Fortean Times along with the article written by Jeffrey.
I look forward to many more collaborations with Jeffrey in the future. 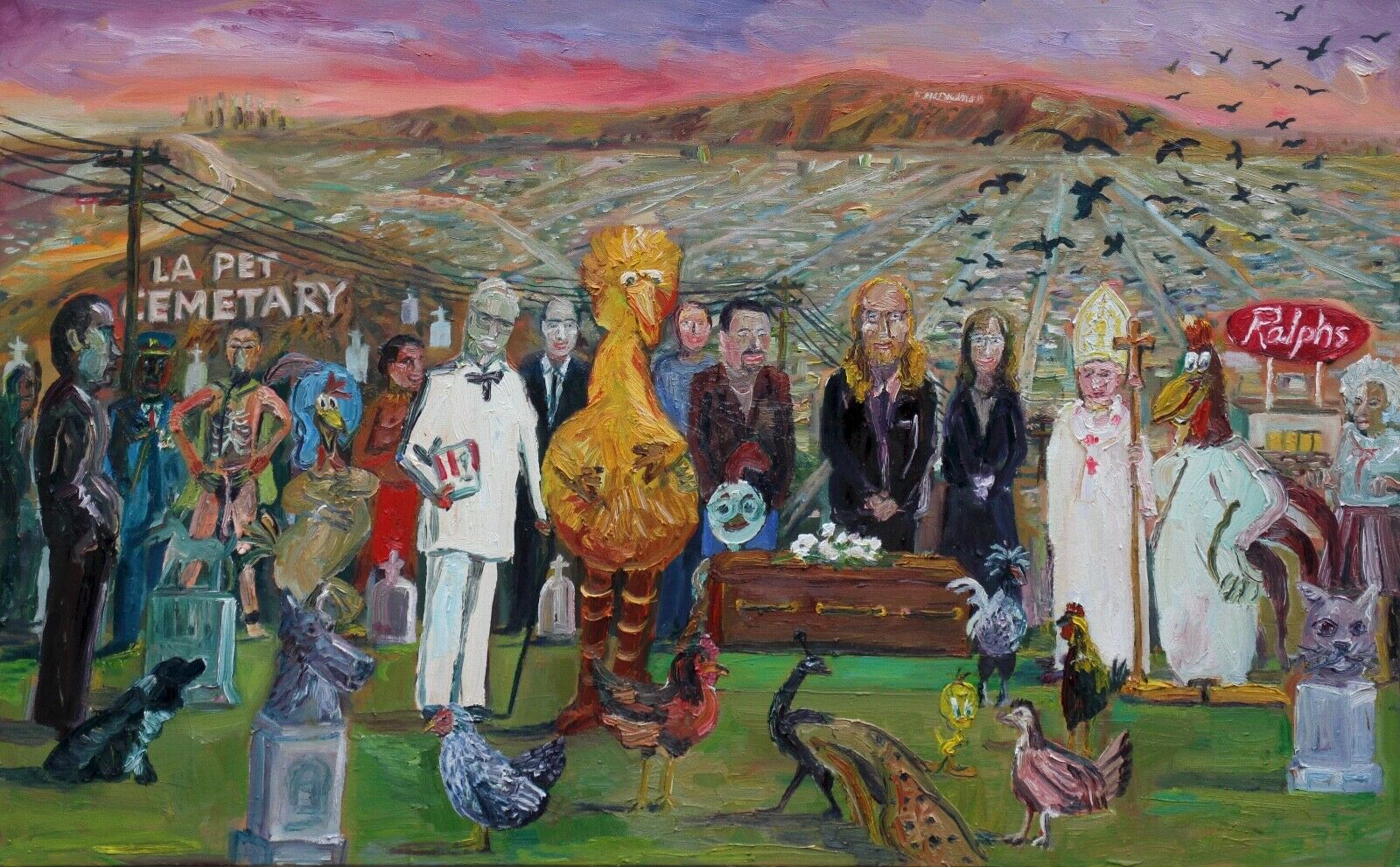 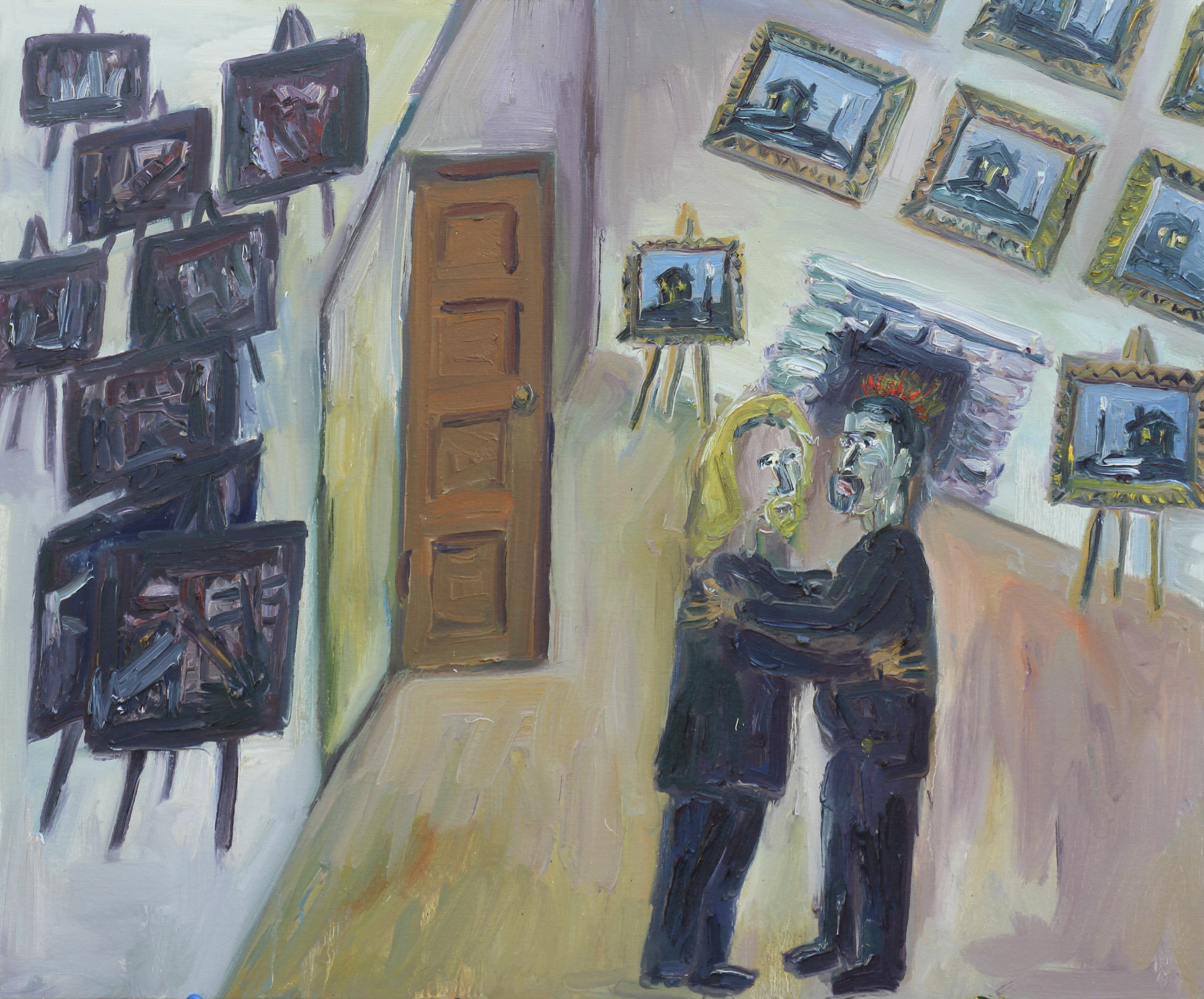 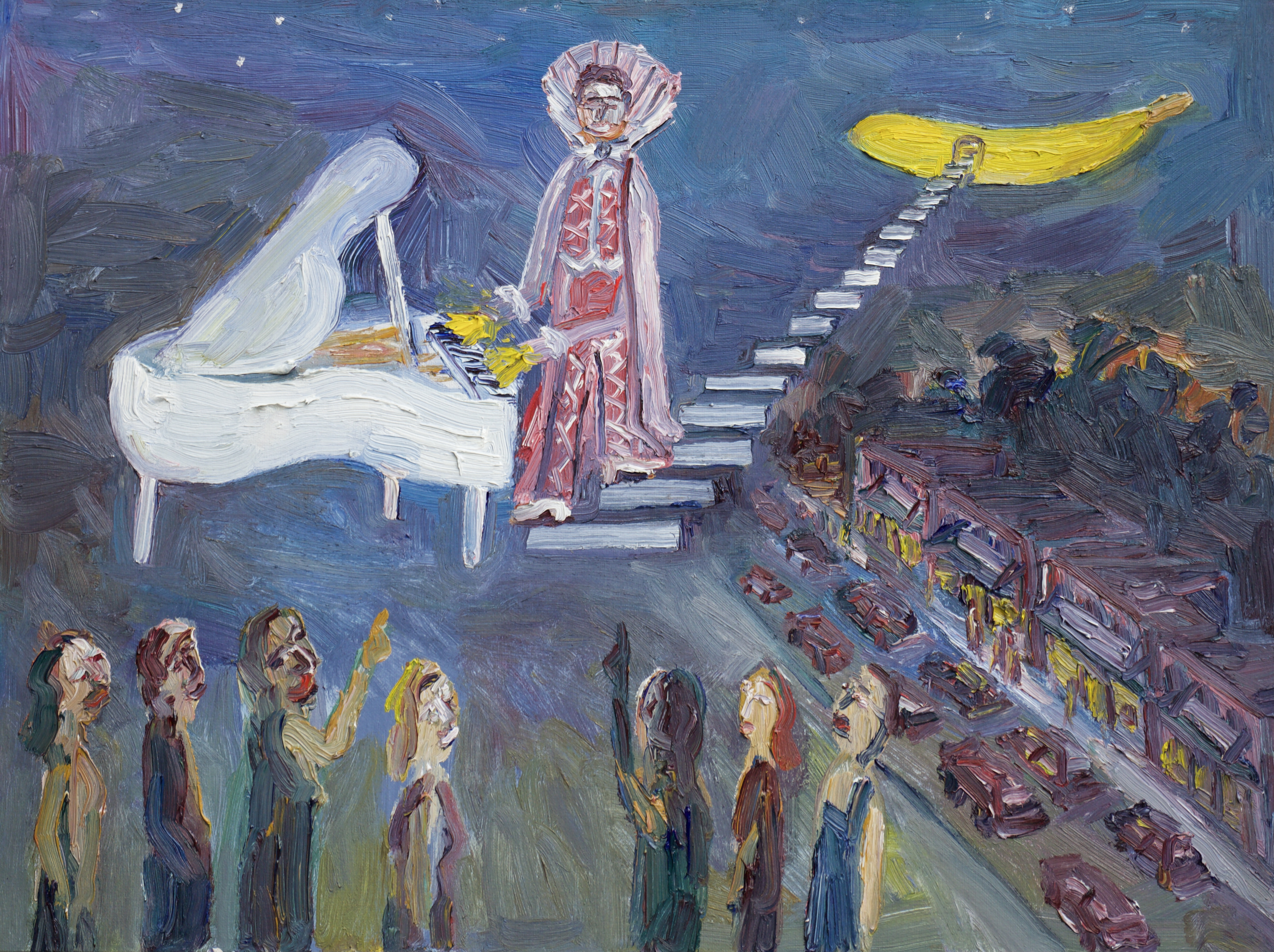 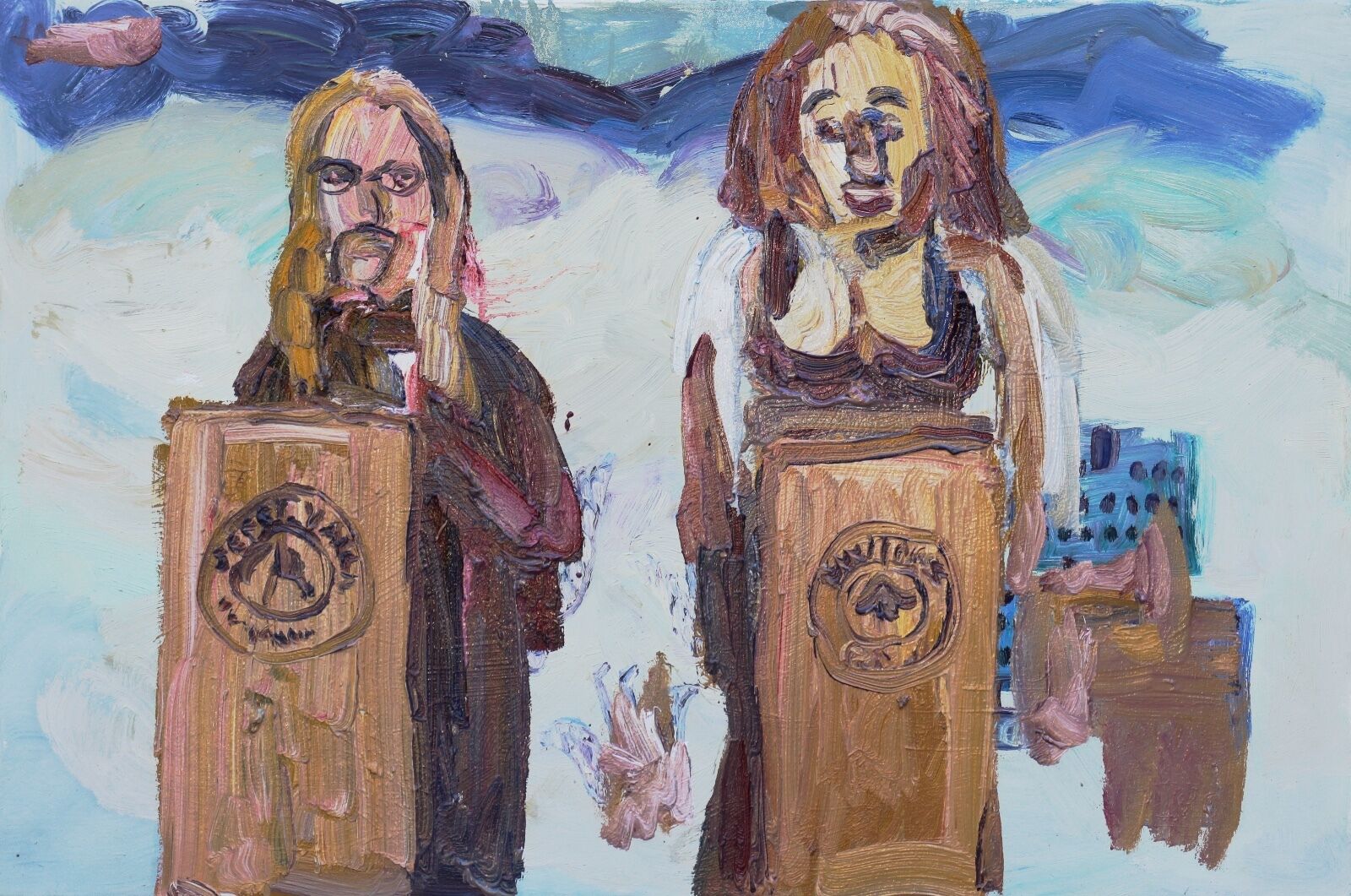